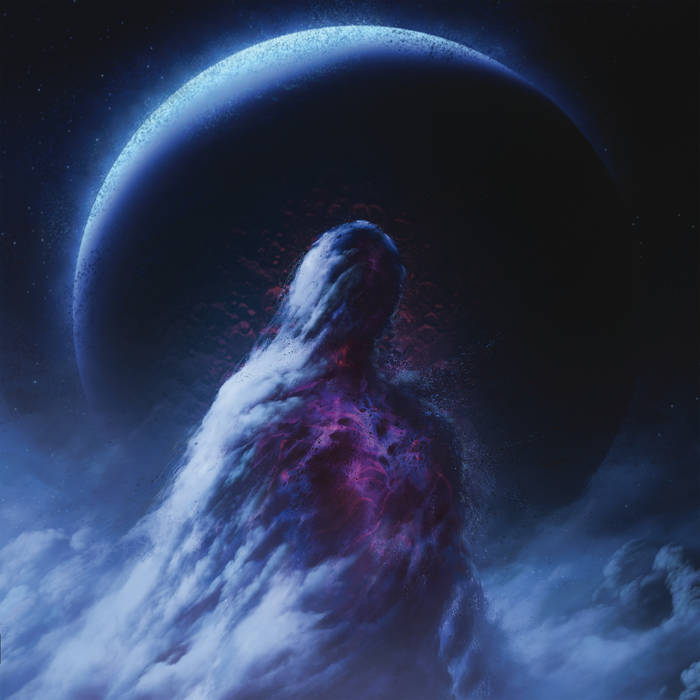 Over the years, a lot of artists have had quite a bit of fun with existentially meandering through illusion and reality, creating contemplative tracks that muse the validity of either. Jose Acuna, a Costa Rican independent producer who assumes the moniker EUS, has released a new studio effort that delves into similar territory. It’s called ‘Luminar,’ and it’s an excursion through what he describes as “new sounds without forgetting the drone side of the project.” So, yes, it does like to drone. A lot.
‘Luminar’ has an ‘organic flow.’ Tracks will flow into one another, so much so that they seem to have been recorded in the same take. (Think about how the intro to ‘Sgt. Peppers’ flows into ‘With A Little Help From My Friends.’ Same thing.) ‘Abrir, Soltar’ and ‘Lidea’ do this, meaning that they’re best listened to together. In fact, the whole record does it, but the transition between the first two songs is particularly bombastic. Obviously, this album is best listened to as a single piece of cohesive music rather than broken down singles or songs. One could even argue it’s one giant song. It’s a concept album in the truest form of the art.
The droning nature EUS’ album is a bit of a mixed bag. It adds atmosphere and allows a lot of instrumentation to grow and rapidly expand behind and beyond it. For example, nearly three minutes of ‘Lidea’ is the same note drawn out. Behind that note, though, is an array of sound effects and mulling synthesizers. This is very good, because the sonic framework is established and then built on a firm foundation.
The potentially boring and/or annoying territory of drone music is absolutely nothing new; it’s the reason people love it and the reason people hate it. Take ‘Como Un Rio’ or the opening few minutes of ‘Aleth,’ for example: those walls of sound are intense. I’d venture as far to say they’re even discomforting, but in a good way. The music forces your attention and you cling to the elongated notes in suspense of a dramatic change. The fact ‘Aleth’ and other tunes can do that to you is impressive.
Some people may find ‘Luminar’ completely soothing and not at all discomforting. A lot of music fans dig monotony and drone-esque music in the same way some people find white noise soothing and some people can study to Lou Reed’s ‘Metal Machine Music.’ It’s a preference, thing, and I know I’m not on that end of the spectrum. When listening to this record, I found myself unable to concentrate on anything more than its waves of sound. At one point, I think my eyes glazed over and the composition orchestrated a dramatic mental image. That’s probably a good thing: it’s deep and provocative.
I particularly like the trio of corresponding title tracks toward the end of the collection. ‘Luminar II’ offers some musical diversity that is somewhat absent on other tracks. ‘Luminar III’ follows up with one of the darker more brooding atmospheres in the collection. Some of this would be incredibly suitable for film usage. I could see a lot of independent, equally experimental filmmakers having a field day with EUS’ work.
‘Luminar’ is very well made, all the way up until the soft-spoken, almost-empty pastures of ‘A Terra,’ the finale. It’ll also be a very divisive album for listeners. If drone music or intense instrumental orchestration based on minimal variation isn’t your thing, you probably aren’t going to enjoy extended time with ‘Luminar.’ Like I touched on above, there are listeners who will eat this up and sleep, study, and work to it. There are also listeners that’ll shut it off for fear of an epicly bad migraine. Personally, I’m somewhere in the middle, but I can definitely appreciate it for the work of art that it is. Check it out for a sonic challenge, if anything, it certainly is one. The 2016 masterpiece ?

"This album is intended for headphone listening."