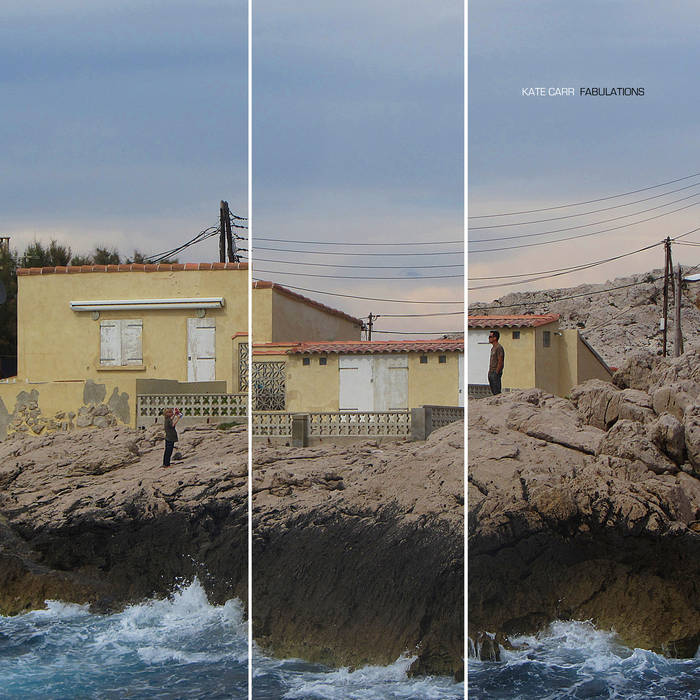 captainfez An undercurrent of unease keeps calling me back to this. Favorite track: In Corridors A Thousand Years Old.

RayWay "When I am silent,
I fall into the place
where everything is music."

A soundtrack for made up stories set in out of the way places.

It is always an immense pleasure to rediscover the musical works of
Kate Carr. I have always enjoyed Kate's music, because I constantly
have the impression of meeting an old friend, who I have never been
able to forget and who I find with sheer and unfeigned pleasure with
each new production of this Australian multi-artist now living on the old continent.
'Fabulations' continues exploring our planet and society by trapping
sound particles in various countries (Kate Carr is an insatiable
globetrotter, and sounds were recorded in : Marseille, Nice, Cefalu,
Catania, Dublin, Belfast, Glasgow, Edinburgh, Dungun and Barcelona)
with the occasional accompaniment of atmospheric instrumental layers. It is this finely sculpted subtle blend, this goldsmith's manipulation of sound that Kate the traveler offers us, with the final masterisation by 'Taylor Deupree' making this new album timeless, fragile, warm and ultimately essential.

BIO : Kate Carr has been investigating the intersections between sound, environmentalism and technology both as an artist and a curator since 2010. Since that time her work has garnered an increasingly strong reputation, with wide ranging positive reviews in important ambient publications and review sites, national and international radio play and inclusion in two significant sound retrospectives via London’s GV Arts Gallery and Artisphere in Arlington, Virginia. She also runs the record label Flaming Pines.